NEWS FROM AISES HEADQUARTERS IN SOLIDARITY WITH THE STANDING ROCK SIOUX NATION
Statement from AISES national headquarters...."In regard to the situation at Standing Rock, AISES has spent a considerable amount of time in discussion with its Council of Elders and Board of Directors and is issuing the following statement:"
#IndigenousSolidarity 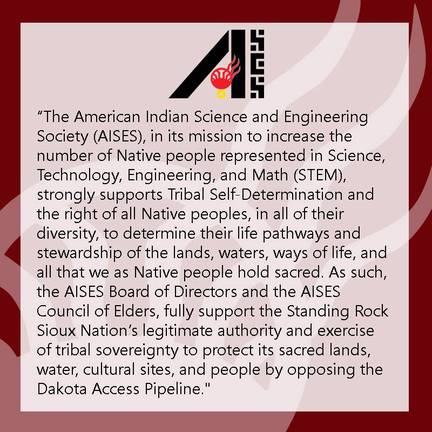 Our graduate student representative, Jessica Hernandez had a busy summer! She spent her summer mentoring our future STEM students/leaders with the Coast Salish Mini University and NESSP Summer camp. Her story is featured in the School of Marine and Environmental Affairs (SMEA) website. Read her story and her motivation to, “revive ancestral knowledge to increase the number of indigenous scholars in the STEM field.”
​
​​https://smea.uw.edu/about/news/2016/09/14/mentoring-our-future-stem-students/ 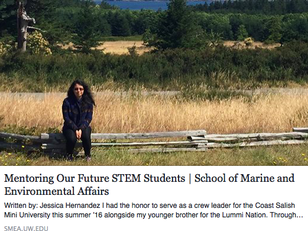 CONGRATULATIONS TO OUR FORMER PRESIDENT HOLLY GRIMM WHO RECENTLY GRADUATED THIS SUMMER '16 FROM THE UNIVERSITY OF WASHINGTON! 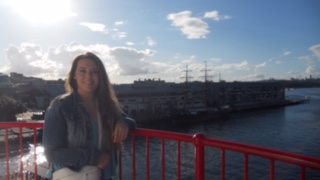 Holly played a major role reestablishing the AISES at UW chapter. On behalf of the AISES 2016-2017 new leadership role we want to congratulate her and wish her good luck on her new adventure as a Husky Aluma!